Why are Takamatsu Corporation’s buildings resistant to earthquakes? This is a showcase of some of the construction knowledge and expertise that we have built to maintain our superiority in the rental housing market and to generate stable income over the long term.

Choose the method that best suits your land, budget, and environment.

Our reinforced-concrete buildings meet stricter earthquake-proofing standards than those stipulated under the Building Standard Act.
We also undertake measures against torrential rain, such as by raising the floor level, etc. 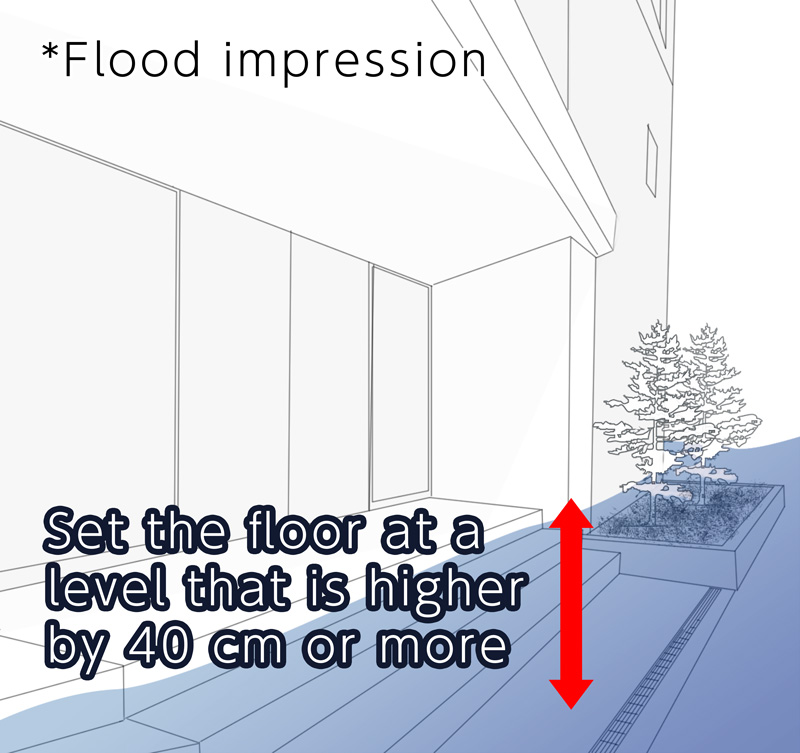 Raising the height of floors in the entrance halls and residential units from the ground reduces flood damage to the building.

According to an investigation into the Tohoku Region Pacific Coast Earthquake, reinforced concrete structures have been held up as effective structures against tsunamis.

We take all possible measures to prevent the fire spreading in the unlikely event of a fire.

So to prevent a fire that has occurred on a lower floor from spreading to the upper floors via the water distribution pipes that pass through the concrete floor, we take suitable measures depending on the building such as by using collecting pipes with fire spreading prevention capability to prevent flames, or using a non-combustible material in the vertical pipes connected to the lower floors. 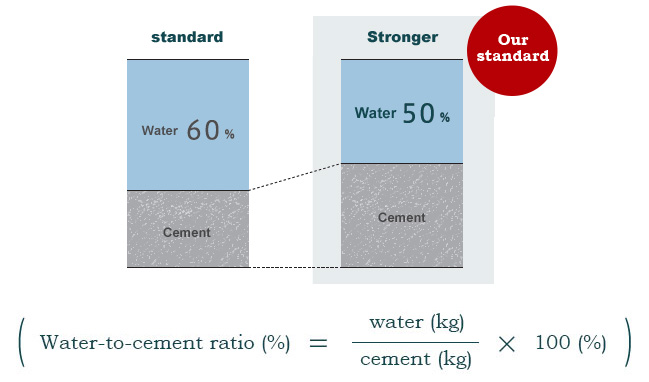 “Non-structural walls” before 1997 had no structural strength and were prone to cracking during an earthquake. However, since the 1997 revisions to the legal standards, space has been added between the edges of non-structural walls and supporting columns to reduce the risk of wall cracking. 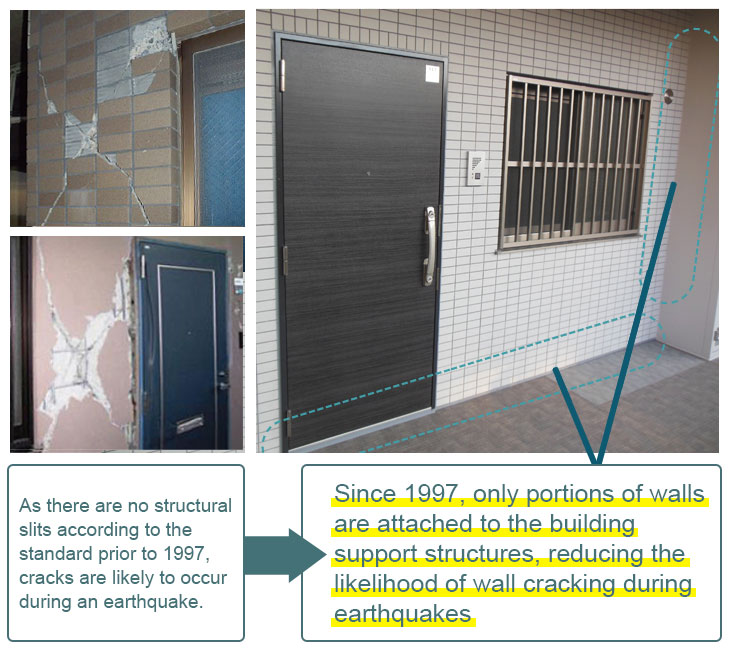 We offer the construction of competitive apartments backed by our 100-year track record. Maintaining a high occupancy rate is the most important factor for stable rental management.

Sound or noise can be a major problem in housing complexes. A design that blocks sound from the outside and prevents sound leakage from within makes for more comfortable living. We design sound insulation with the strictest possible standards in the industry.

An appropriate security design is incorporated into each residential units and building common areas from the design stage. Piping is installed beforehand so that optional security cameras can be installed. 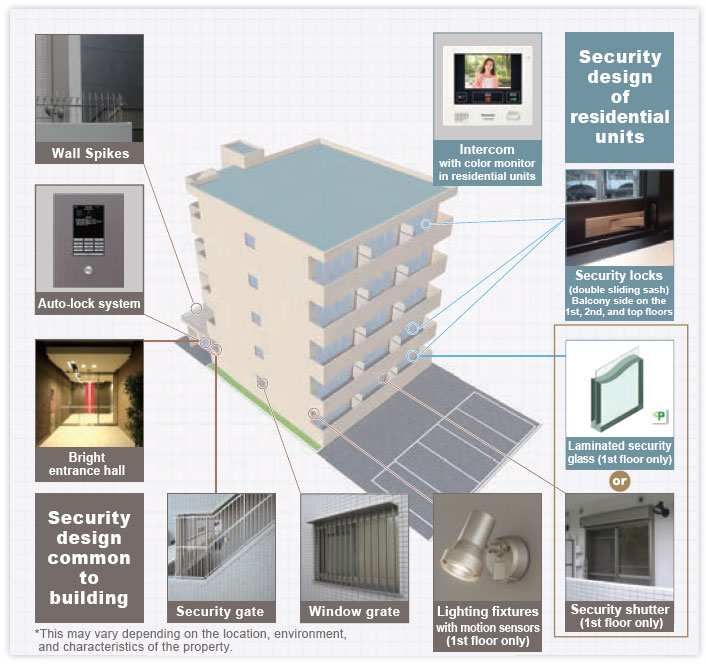 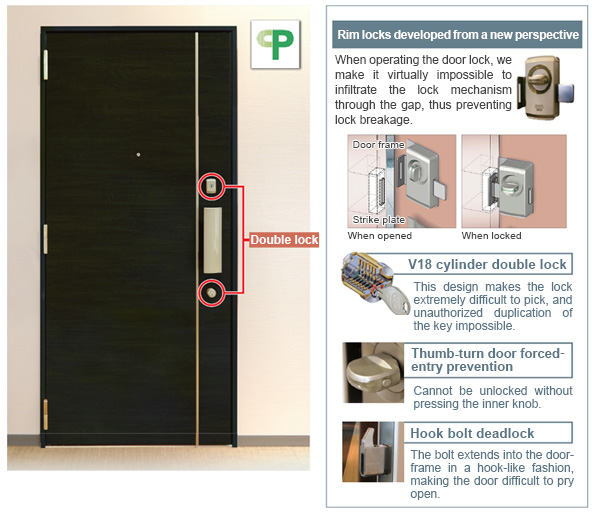 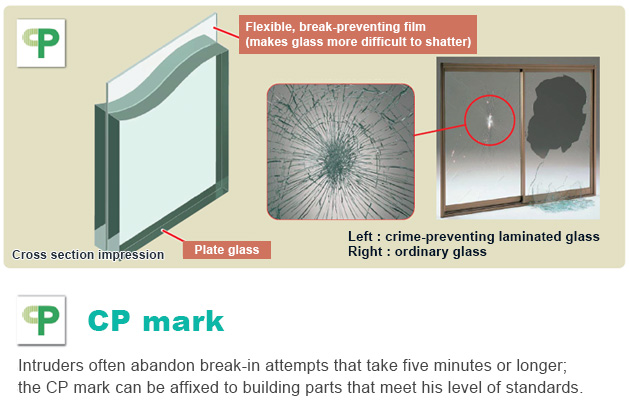 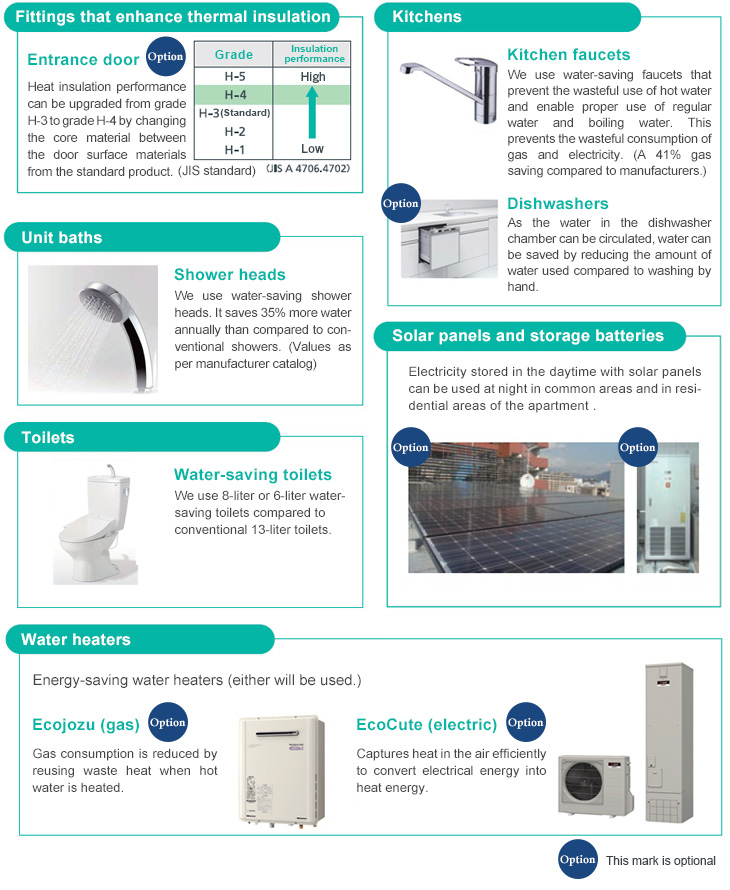